By Katherine Miles on July 21, 2014 in Inspirational 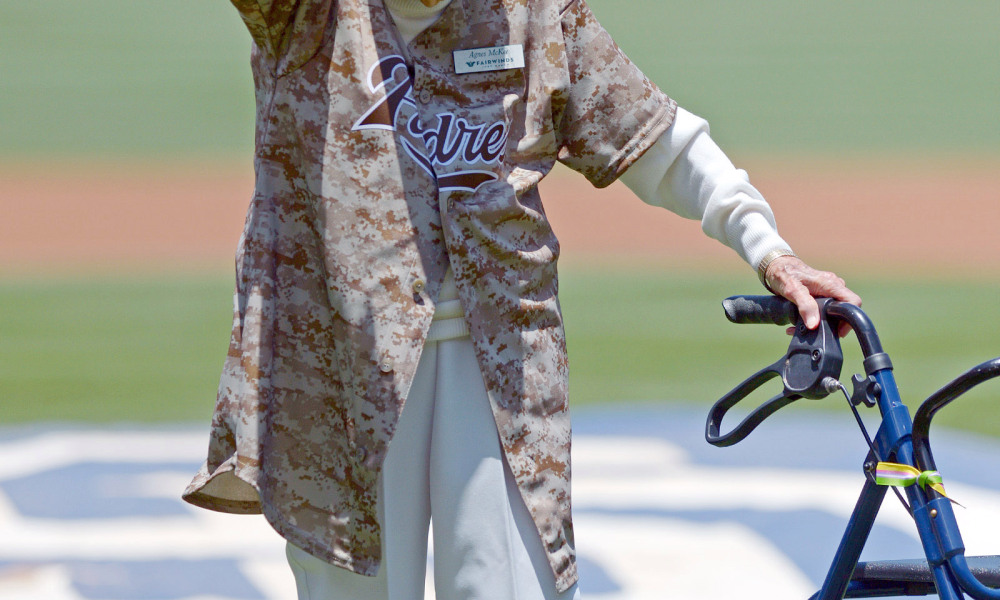 One of the ways that we can stay “young,” alert, and have a reason to get up in the mornings is to have something that we are working towards. Maybe there is something that you have never done and want to try something new, maybe you have a long lost hobby and want to renew it, maybe it’s something that you never imagined yourself doing; but whatever it is, make a point to begin. The following 105 years young Agnes McKee did just that. She not only got to do something she practiced for but also became the oldest person to throw out the ceremonial pitch. Way to go Agnes!