By Katherine Miles on December 9, 2015 in Everyday Life, Travel Tips 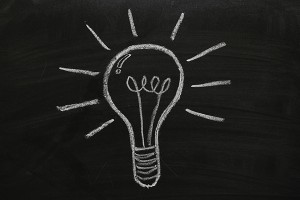 Have you ever wondered: “What would I do if I couldn’t do something on my own?” Some people might just sit around and wait until they were able to do things again. However, not everyone is going to stop doing what they love to do just because of a temporary setback. I heard a story the other day that shows how someone thought a problem through and came up with a solution.

A man was observed getting ready to leave. When he arrived at his truck he took out a bucket. Ok maybe he needs it at his next job. Then he proceeds to turn it upside down and placed it on the ground by the driver’s door. Hummm what is he going to do with that bucket? He proceeded to climb into the truck by using the bucket as a step. Now he is in the truck and no one is around. How will he pick the bucket up? Then they observed that the bucket began to rise. He had a string attached to the bucket and used that to pull the bucket into the truck cabin. Once the bucket was up and in the truck the man took off. So remember, don’t forget the string. It can help bring a lot of things to you when you can’t retrieve them yourself.