By Katherine Miles on November 11, 2015 in Health Care

How often do we say we have someone in our corner? What does that mean exactly and how would it apply to an elderly person.

The phrase as used in boxing.  The boxers would rest between rounds in opposite corners of the ring. Their coaches or trainers would give them instruction between each round.

This applies outside the ring as well. If you are having trouble navigating your medical world think of how hard it is for the elderly to do. A lot of the elderly and their caregivers rely on their primary care physicians.

A lot of times when a person goes into a nursing home they have to rely on the doctor for the nursing home instead of their primary care doctor.  Now they have to deal with a new doctor and a nursing and aid staff that isn’t always available. This creates a lot of stress on the patient.

There is a way to help alleviate some of this stress. Get a patient advocate in your corner. A patient advocate helps navigate and manage medical care. One such advocate is Erica D’Alesandro, RN, CCM and her business is called Professional Patient Advocates, LLC.

Erica was a nurse before starting her patient advocate business. The catalyst for starting her business was the way her Father was treated in the hospital before going into hospice. She also began helping her friends and neighbors. She realized that people don’t know what they don’t know about medical care and their rights with medical care. It is hard for people to make good choices if they lack good information.

As a patient advocate Erica has the family sign a medical release form. This allows her to talk to the doctors and nurses. She can also get all medical records and go over them with her clients. She has found that half of the people don’t even know what all of their diagnoses are.

A patient advocate is important to have on your side because it can be very dangerous not knowing all the facts. She likens it to going into a courtroom without an attorney. If your entire livelihood was at stake wouldn’t you want someone on your side who knows the system and the law? The same holds true for the health care system. People who go into a facility without someone who knows the system and laws can find it to be very hazardous to their health.

The most common reasons to hire an advocate are: transition of care and guidance. Mistakes can happen with transition of care from one facility to another. Most often the problem is with the medications. Guidance is really important, especially when family lives out of town. They hire an advocate to watch the care of their loved one and to offer guidance as to that care.

The following is a story of how Erica helped someone. She is known as the “neighborhood nurse.” One night a neighbor called about a wound on the gentleman of the house. They had been dealing with the wound for months before calling Erica. She went and looked at the wound. The wrong medicine was being used on the wound. She called the doctor and they changed the treatment and he was healed in four weeks. At another time the gentleman was having trouble breathing but would not let his family take him to the doctor or hospital. The family called Erica. She went to the house and listened to the lungs of the man. She looked at him and said: “You have two choices.  I can call 911 or you can let me take you to the emergency room.”  He let her take him and once at the hospital he was diagnosed with a new case of congestive heart failure. They put him on medication which gave him another five years. Sometimes it just takes a nudge from someone other than family. 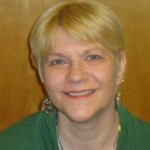 Best Laid Plans
Traditions of the Past Coming Back