By Katherine Miles on April 15, 2015 in Memories, Travel Tips 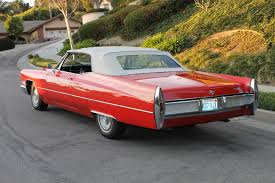 There are a lot of moments in our lives that become memorable moments. For me, one of those moments was learning to drive a car. From an early age I would sit beside my Dad and he would tell me what everything was. I was reading the odometer mileage before I was doing multiplication. So it was with great anticipation that I counted the days until my 16th birthday when I could get my drivers permit.

My first experience in learning was with drivers education. When I was in school we had to learn on both an automatic and a manual(otherwise called a standard) transmission. We had the same four students in the car for the whole semester. What a crew we had. There were two boys and two girls. We all were learning some of us more than others. We not only did highway driving but also the back roads. I must say the perspective of where the car is on the road is a lot different in the back seat. There were times when we wondered if we were still on the road. Learning on the standard was done on the school parking lot. I don’t think the teacher wanted any surprises. I was the last one to get to drive and the poor car was very weary. I turned the ignition key,  let out the clutch, pressed on the gas and we lurched forward. I found it was easier to keep my foot pressing on the clutch as I couldn’t figure out when to take it off. The problem with that was that half way through my turn the instructor had me stop as we smelled something burning. I had burned out every gear but low. That meant he had to drive forward only and about 20 miles an hour to get the car to the shop. Those were the days.

There was a red convertible for sale in the neighborhood and my Dad just had to get it for me. Never mind that it was a standard transmission. Mom and Dad grew up on standards and so they tried to teach me to drive. Finally, the baton was passed to my brother to take me driving. I don’t know what they promised him for doing it since he thought that crossing every intersection was going to kill him. I just remember being stalled at one intersection and my brother getting a little panicky and saying “Gas it, Gas it!” We made it out of the intersection and all was well.

I finally get to take this fine red convertible out on my own. Oh My! My town was small and we had one traffic light on a hill. I prayed every time that the light would stay green. It was so hard to get the car to start before it rolled down the hill. I think there was a sign on my car that said “New Driver” as other cars kept their distance.

I finally got the hang of driving a standard and have had several other “stick shift” cars.

The Power of “I Can”
Creating the Ruby Slipper